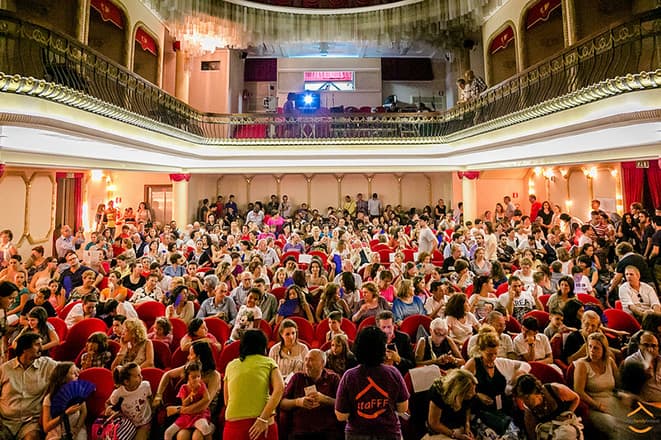 The annual Cambridge Film Festival is fast approaching and with high expectations this year. The event is the third longest-running film festival in the UK and will be running from the 19th to 26th October. The widely anticipated event is a celebration of film, past and present. The unique experience that the Cambridge Film Festival offers is one that will give you the opportunity to enjoy past glories, whilst also giving you an insight into ‘what’s happening in film right now’. Stop by Six Cambridge for a drink with the cast and crew after the festival.

The festival is coordinated by the Cambridge Film Trust, who are the premier front of independent cinema and fosterers of film culture and education. Although the trust mainly operates in the Cambridge and eastern regions, they are recognised across the entire country as a catalyst for promoting film culture to the masses. The trust delivers screenings, events and special seasons that enable audiences to engage with film culture in a challenging and creative way.

The Film Festival in Cambridge is all about celebrating creativity, whether it be from the past, present or future. The Cambridge Film Trust continues to follow it’s commitment to nurturing the future of the film industry in the UK. A great example is a young man who had his student short film selected for the programme in 1996, called Christopher Nolan. Who has, of course, gone on to do incredible things for the film industry! The event attracts people of all cultures and creeds and as well as championing developments within the British film industry, the festival showcases some of the world’s best. All on the doorstep of the Varsity hotel in Cambridge.

What makes the Cambridge Film Festival Different from others?

The beauty of the Cambridge Film Festival is in it’s simplicity and modesty. You won’t find red carpets and paparazzi, but you will find directors of the films you watched having a drink in the same bar that you’re in after you’ve watched the film. Making it one of the most humble, yet incredible film festivals around.

Another quirky aspect of the film festival is a quest of outdoor screenings and screenings in unusual places. Films have been known to show on Grantchester Meadows and at Jesus Green Lido, to name a few.

Venues this year include:

What to do after the event?

Enjoy the city’s skyline once the day’s over at Six Cambridge. We have an incredible selection of cocktails to choose from including our cocktail of the month, which always has a fantastic spin. You might even bump into one of your favourite writers while you’re here! Perhaps you might have worked up an appetite after your day at the festival, after all, you can’t survive on popcorn alone! So why not book a table at River Bar Steakhouse and Grill. Book online or call 01223 307030.

If you’re travelling a long way, you can enjoy a relaxing night’s sleep at our boutique hotel in Cambridge, the Varsity Hotel. Book a room online now or call 01223 306030.