The Bard’s plays are some of the most loved works of theatre in the history of the world.  They have inspired so many people for so long.  And have naturally had their fair share of “updates” and “revisions” to suit the times.  Fortunately, the original words and manuscripts have survived to the present day so we can continue to celebrate them in their original genius.  A traditional celebration that we at the Varsity Hotel Cambridge are proud to uphold.

For over thirty years now, Cambridge has been host to one of the most beloved open air Shakespeare Festivals in the UK, if not the world.  During the summer, performances are held in the various College Gardens giving them a special and unique atmosphere – weather permitting.  Naturally enough the festival was cancelled last year, which makes this year more special than ever. 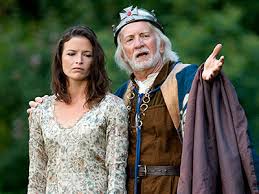 At first this may seem to be a less than authentic approach to the Bard’s work.  After all, the playhouses of his era were most definitely indoor spaces, cramped and crowded.  But the performances they put on were also on the simple side.  They had no access to any kind of lighting changes or smoke machines of the type modern theatres use.  They probably didn’t even have a curtain to signify an end of scene.

Set decorations must have been rudimentary at best, and most likely were not able to be changed.  And the players’ costumes must have been similarly straightforward.  For the plays of the time were far from the audio-visual extravaganzas we might expect today.  And in these respects, the Cambridge Shakespeare festival is certainly authentic.  A compact cast.  Minimal costume changes.  No special lighting.  No set dressing.  Not even an actual stage for the players to walk upon.

The Play’s the Thing

In the Bard’s day, watching a play was more like reading a book.  Writers don’t have access to any of the storytelling devices employed in film or television.  They only have words.  And as such they have to do everything with words.  Set the scene.  Describe the environment.  Bring characters to life.  Tell the story.  Grip the audience. 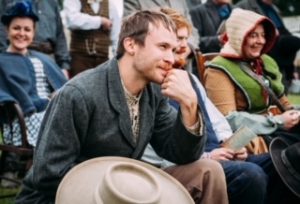 This is why Shakespeare is considered the best of the best.  The true Wordsmith.  For he had to use his words to do everything.  And he delivered.  It’s hard to imagine using only words to grip and hold and enthral an audience.  But that’s what he had to do.

This is why the Cambridge Shakespeare Festival is regarding so highly.  Not only using all original texts, but in their original format.  Our modern players must attempt to use only words to capture the attention and imagination of a modern audience.  Who find it tough to sit still for ten minutes without checking their phones.  But they manage it.  Because they have the Bard on their side.

All of the venues are within easy walking distance of the Varsity Hotel.  So why not catch some Shakespeare while you’re here?